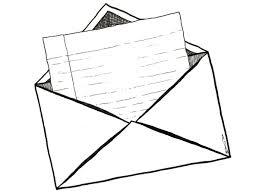 The Lessons of an Exceptionally Instructive Year

Once in a very great while, there comes a year in the economy and the markets that may serve as a tutorial—in effect, a master class in the principles of successful long-term, goal-focused investing. Two thousand twenty was just such a year.

From these bare facts, you might infer that the equity market had, in 2020, quite a good year. As indeed it did. What should be so phenomenally instructive to the long-term investor is how it got there.

From a new all-time high on February 19, the market reacted to the onset of the greatest public health crisis in a century by going down roughly a third in five weeks. The Federal Reserve and Congress responded with massive intervention, the economy learned to work around the lockdowns—and the result was that the S&P 500 regained its February high by mid-August.

The lifetime lesson here: At their most dramatic turning points, the economy can't be forecast, and the market cannot be timed. Instead, having a long-term plan and sticking to it—acting as opposed to reacting, which is your and my investment policy in a nutshell—once again demonstrated its enduring value.

Two corollary lessons are worth noting in this regard. (1) The velocity and trajectory of the equity market recovery essentially mirrored the violence of the February/March decline. (2) The market went into new high ground in midsummer, even as the pandemic and its economic devastations were still raging. Both outcomes were consistent with historical norms. “Waiting for the pullback” once a market recovery gets under way, and/or “waiting for the economic picture to clear" before investing, turned out to be formulas for significant underperformance, as is most often the case.

The American economy—and its leading companies—continued to demonstrate their fundamental resilience through the balance of the year, such that all three major stock indexes made multiple new highs. Even cash dividends appear on track to exceed those paid in 2019, which was the previous record year.

Meanwhile, at least two vaccines were developed and approved in record time, and were going into distribution as the year ended. There seems to be good hope that the most vulnerable segments of the population could get the vaccines by spring, and that everyone who wants to be vaccinated can do so by the end of the year, if not sooner.

The second great lifetime lesson of this hugely educational year had to do with the presidential election cycle. To say that it was the most hyper-partisan in living memory wouldn't adequately express it: adherents to both candidates were genuinely convinced that the other would, if elected/reelected, precipitate the end of American democracy.

In the event, everyone who exited the market in anticipation of the election got thoroughly (and almost immediately) skunked. The enduring historical lesson: never get your politics mixed up with your investment policy.

Still, as we look ahead to 2021, there remains far more than enough uncertainty to go around. Is it possible that the economic recovery—and that of corporate earnings—have been largely discounted in soaring stock prices, particularly those of the largest growth companies? If so, might the coming year be a lackluster or even a somewhat declining year for the equity market, even as earnings surge?

Yes, of course it's possible. Now, how do we —as long-term, goal-focused investors—make investment policy out of that possibility? My answer: we don't, because one can't. Our strategy, as 2021 dawns, is entirely driven by the same steadfast principles as it was a year ago—and will be a year from now.

We have been assured by the Federal Reserve that it is prepared to hold interest rates near current levels until such time as the economy is functioning at something close to full capacity—perhaps as long as two or three more years.

For investors like us, this makes it difficult to see how we can pursue our long-term goals with fixed income investments. Equities, with their potential for long-term growth of capital—and especially their long-term growth of dividends—seem to us the more rational approach. We therefore tune out “volatility.” We act; we do not react. This was the most effective approach to the vicissitudes of 2020. We believe it always will be.

For those who we have the privilege to serve as our clients, we look forward to discussing this further with you during our next planning session. For those who are not current clients, we would welcome the opportunity. Until then, be well, be safe, and Happy New Year to all.